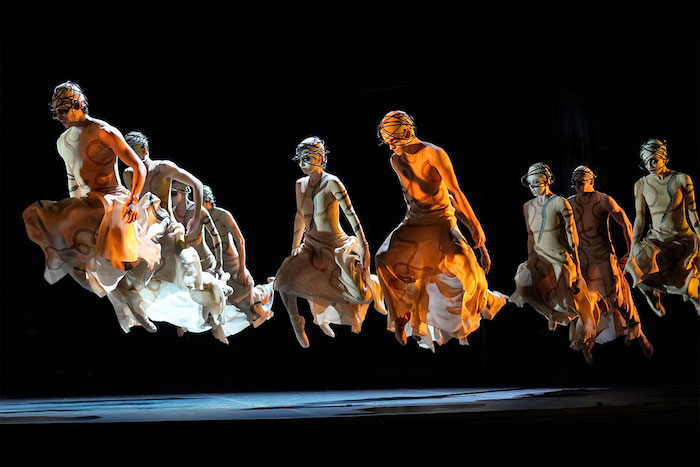 Dancers from the Joffrey Ballet, in LA Opera's 2018 production of "Orpheus and Eurydice." (Photo: Ken Howard)

Christoph Willibald Gluck’s opera has always been hip to its audience. An acione teatrale, Orpheus & Euripides is an opera based on the mythical, doomed love story. More than a decade after it was first performed in Vienna in 1762, Gluck revised this most popular of his works in an attempt to suit French audiences. Now, in this latest version by renowned producer, choreographer, set and costume designer, John Neumeier, the opera once again takes a huge leap forward and delivers a contemporary, millennial feel, but without losing any of its poignancy or drama.

Orpheus is played as a modern ballet choreographer by tenor, Maxim Mironov; Euripides by soprano, Lisette Oropesa, a ballerina in his company. Both Mironov and Oropesa have breathtaking voices, soaring and moving audiences to spontaneous, rapturous applause. In the overture, which feels a bit terse to establish their relationship, we see them having an argument, after which Euripides suffers a fatal car crash. She is transported to the mythic underworld of Hades, where our grieving hero must journey to reclaim his love. Orpheus manages not only to charm the demons and let him descend, but also convince Death to relinquish his wife. But there is a catch — on the way back, no matter what, he must not turn to look at her or make certain that she’s following, otherwise he will lose her forever. What do you think happens? Of course, he relents… 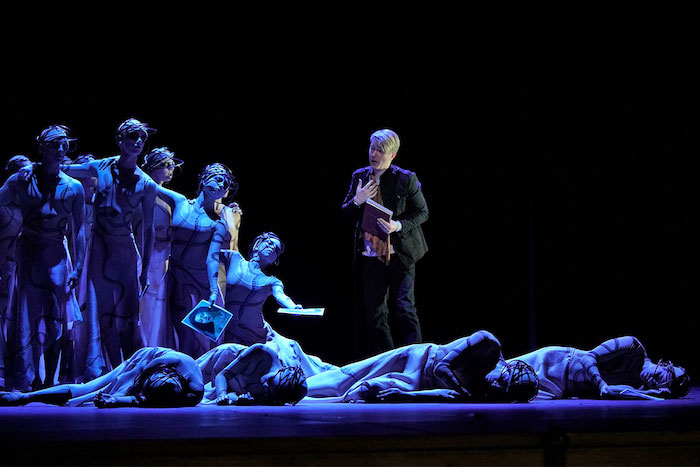 The sets by Neumeier (who helms the Hamburg Ballet) are austere and minimal, providing the ideal staging for this collaboration with the Joffrey Ballet, which is in top form. A gilded setting, while expected in an opera of this nature, would have seemed out of place and conflicted with the phantasmagorically stylish costumes and choreography. At about two and a half hours (including one intermission), the performance runs on the mark. A descent into the underworld has never felt more inviting.

Orpheus & Eurydice is playing through March 25th at the L.A. Opera. Get your tickets here.