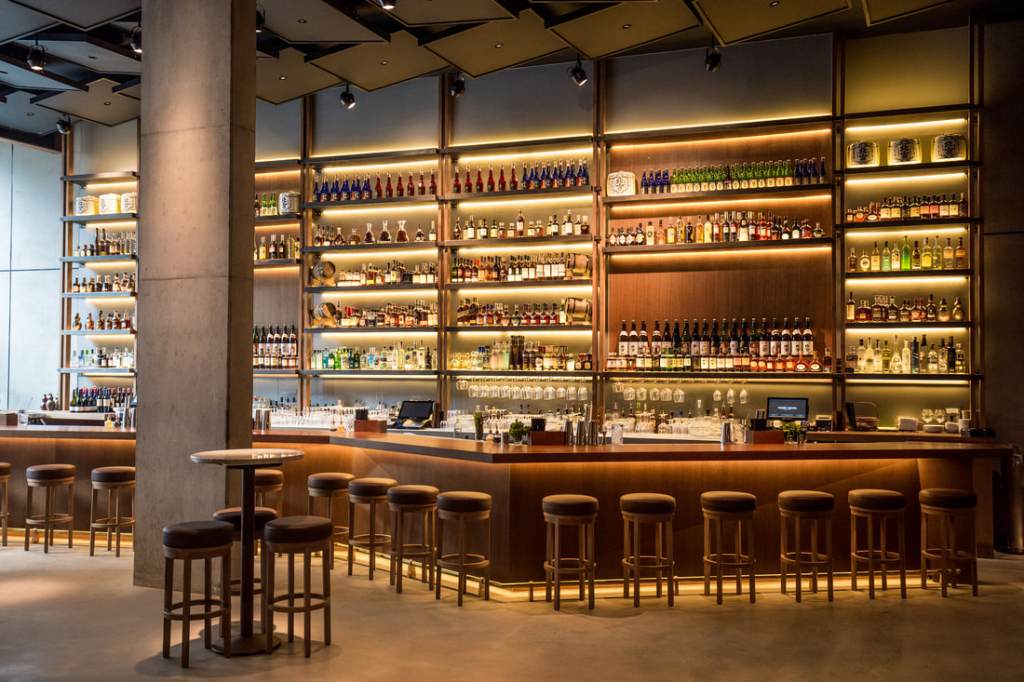 As central London attracts more tourists armed with selfie sticks, savvy travelers are looking for a way to be immersed in the local culture while still carving out some quality time away from the crowds and stodginess. With a storied history as both a working class and immigrant enclave, East London transformed over decades into the epicenter of fashion, art and design. As such, a bevy of new hotels have set up shop to lure design conscious travelers. Nobu Hotel Shoreditch, merging this new London with the Japanese minimalism synonymous with anything Nobu, reigns in this space. 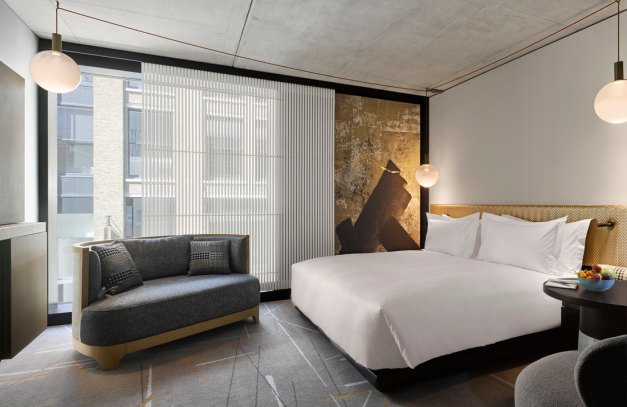 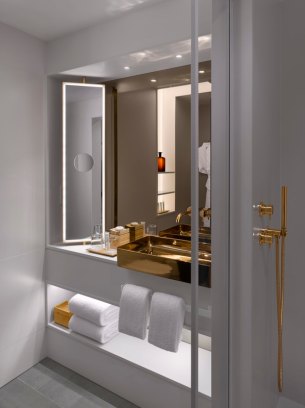 Lining a quaint street, Nobu Hotel Shoreditch resembles a creative space more than a hotel with its linear cement and glass facade. The lobby oozes Japanese tranquility with natural wood latticework, charcoal tiles, and rich black walls accented with gilded trim. The lobby features a small seating area doubling as a café and bar. The Nobu restaurant however, is sprawling with guests socializing over drinks and savoring multi-course feasts consisting of Nobu’s popular dishes like the Black Cod with Miso, while a DJ spins melodies.

Guest rooms and suites highlight the industrial roots of the area with cement clad ceilings and exposed copper wires anchoring multiple pendant orb lights. Floor to ceiling windows bring in natural light while privacy is afforded by a sliding screen door adorned with a Japanese-style graffiti that evokes the local art scene. A gold foiled cabinet folds out like origami to expose a flat screen television while a red lacquered shelf reminiscent of a bento box houses a ceremonial Japanese tea set. Catering to the tech savvy, amenities like smart TV’s with Apple connectivity and USB-based charging stations on each nightstand allow you to forgo your clunky converter. Stark white bathrooms with gold fixtures, rain showers and Natura Bissé products provide the tools to cure any jet lag. A fitness studio and spa will be opening soon, but already Nobu Hotel Shoreditch stands out as the only full service, luxury hotel in the rapidly gentrifying area. 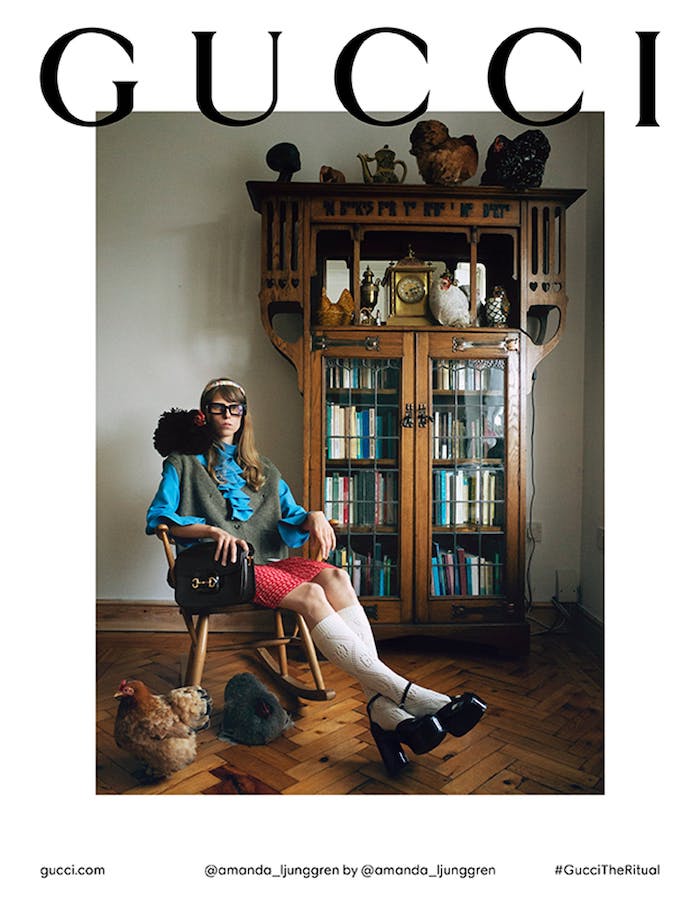