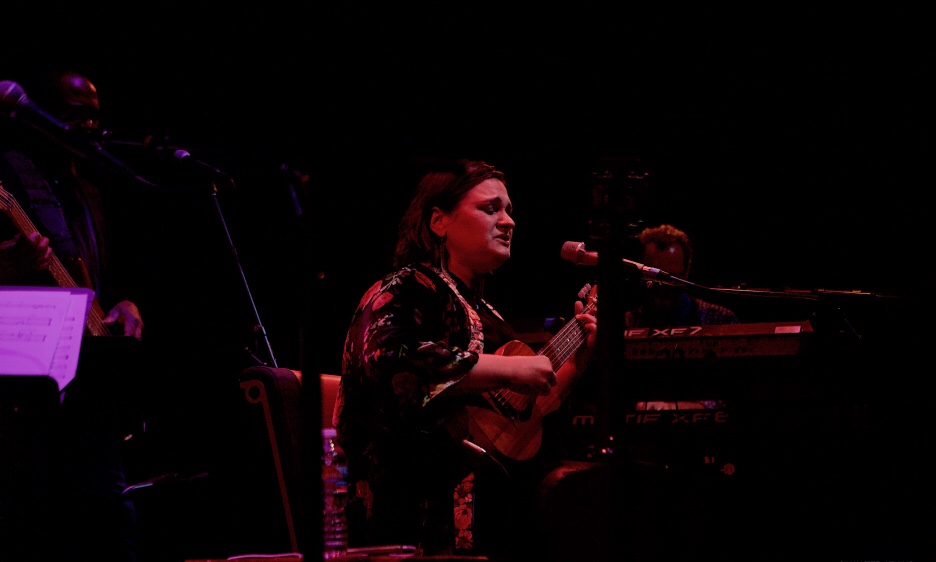 On Friday, September 21st, singer-songwriter, Madeleine Peyroux took the Broad Stage in Santa Monica with a bravura quartet to cover some of her classics as wells as songs from the latest album, “Anthem”, which she calls her “most important project to date.”

Peyroux held the intimate audience in the palm of her hand, delivering her brand of jazz which combines some folk and blues, and sharing a wry sense of humor. A technical glitch mandated some improvisation, but Peyroux and the band took it into stride and sailed through charmingly. The almost hour-thirty minutes show concluded with a set of love songs, in which Peyroux’s smoky vocals brought to mind Billie Holiday and Etta James. Gregg Fine on Electric Guitar, Andy Ezrin on Keyboards, Paul Frazier on Electric Bass, and Graham Hawthorne on Drums held their own, buoying Peyroux’s performance to greater heights.

A schedule of performances at The Broad Stage in Santa Monica can be found HERE.