Jack Weatherford, the New York Times bestselling novelist whose books have been published in more than twenty-five languages and is one of the foremost authorities on Mongolian history, has given us an enthralling exploration of Genghis Khan’s legacy.  The prolific author opens up about what we can learn today from the great Khan and why this book was long overdue. 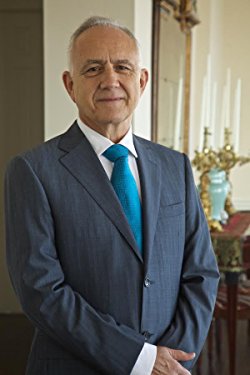 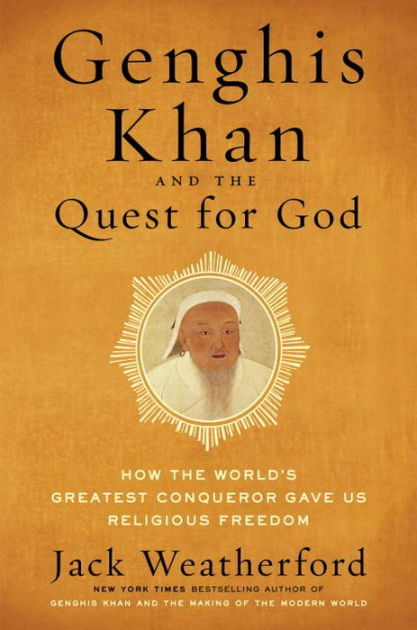 INDULGE: Your book is going to surprise many readers who think of Genghis Khan as tyrant.  What surprised you most about him?

JACK WEATHERFORD: What surprised me the most about Genghis Khan was that no matter how fierce he was in battle, in peace, he was equally committed to a strict code of justice. If they fought him, he totally wiped out their elite and killed all rich people for having lead their people into a war they could not win. And if a city ever revolted against him, he killed everyone in it.  However, with a nation of only one million Mongols and an army of 100,000 he defeated nations of hundreds of millions with more than a million soldiers. No ruler could hold such a vast empire by force; yet, his empire lasted for a century and a half after his death. The secret of the success of his empire was in his reputation for just laws. If a city surrendered to him without a fight, he guaranteed their property and pledged to protect them against all enemies. He kept his word. He granted total religious freedom to every person, outlawed the kidnapping or sale of women, instituted diplomatic immunity for all envoys and merchants, even those at war with him. Ended taxes on religious personnel, teachers, physicians, and undertakers. His law was far advanced for its time, and he ruled without any taint of corruption.

INDULGE: What do you think we can learn today from a controversial war-lord who lived almost 800 years ago?  What could Genghis tell the current administration?

JACK WEATHERFORD:  In the modern era, overwrought with political ideology, policy, and commentary, we are a world totally bereft of leadership. Genghis Khan can teach all of us a lot about leadership. He had no ideology beyond creating a just law and sticking to it. He kept his word and expected everyone around him to do the same. The United States has been at war almost every year of the twenty-first century, and the Mongols easily conquered every country in which we are fighting – Afghanistan, Iraq, Syria, as well as the ones where we are not fighting including China, Russia, and Iran. After a bloody conquest that usually only took a few months, the Mongols instituted a century on peace known as the Pax Mongolica. After nearly two decades of bloody fighting in these same countries, the United States has not brought a single day of peace. In America, and in the West in general, we think that we have so much to teach the world, but we arrogantly refuse to recognize how much we can learn from Asia, Africa, or South America.

INDULGE: How did you love with Mongolia begin and what drew you to Genghis Khan?

JACK WEATHERFORD: As a boy I was interested in reading history, especially biographies of conquerors such as Genghis Khan. When I was in college in the 1960’s I wanted to go to Mongolia to study, but the U.S. had no diplomatic relations with Mongolia, and my letters went unanswered. I went ahead with my career with a special interest in the role of tribal people in world history. For me the great civilizations always seem to borrow heavily from tribal people as when the United States was formed on an economy of tobacco, cotton, and corn – all crops of the Native Americans.

Then in 1990 the Iron Curtain Fell, the Cold War fizzled, and at last I was free to visit Mongolia. When I arrived in Mongolia and saw how the people not only honored Genghis Khan but worshipped him, I realized how much more I needed to know. I was hesitant to write anything about Asia since I knew so little about Asia and spoke no Asian language. But the author David McCullough changed my mind when he asked me a simple questions. “You may not be an expert, but have any of the experts written the book you want to write?” He also answered the question. “They never have, and they never will.”

I decided to write history as I saw it. I wrote it by taking the oldest documents available and going to the places where the action happened. By following the life of Genghis Khan on the ground, stepping where he stepped, drinking the water where he drank it, breathing the air that he breathed, and worshipping on the mountain where he worshipped, I slowly began to build a sense of what he experienced.

INDULGE: Would you recommend Mongolia to first-time travelers and what can they look forward to?

JACK WEATHERFORD: Mongolia is now my home. I love Mongolia very much and want everyone to appreciate Mongolian culture and history and to visit the country. But I recognize that Mongolia is not for everyone. I think of the capital city Ulaanbaatar as an island in the Mongolian sea. Anyone can visit it since it has air and rail connections to the outside world and the downtown has plenty of hotels and restaurants with the modern necessities of electricity, toilets, heat, and WIFI. But as the visitor leaves the downtown island, everything quickly changes. The people and the land are rugged. Animals vastly outnumber humans, water must be hauled from a river on cart pulled by ox or yak, and food is cooked and the home heated by dung fires. There are few roads. A visitor moves across the landscape of Mongolia like a sailor across the sea. It is possible to go in any direction, but it everything is up to the individual, or the driver, to decide where to go and how to maneuver across the landscape.

Genghis Khan and the Quest for God: How the World’s Greatest Conquerer Gave Us Religious Freedom (Viking) by Jack Weatherford is available here.