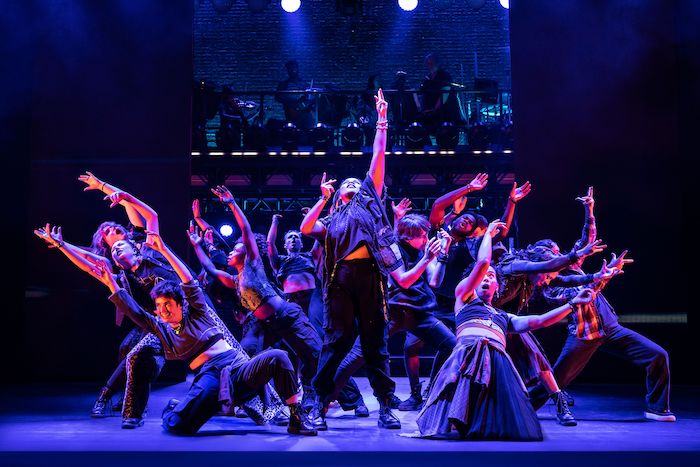 Who could’ve imagined that 25 years after the Canadian singer, Alanis Morissette released the hit album Jagged Little Pill, it would be adapted as a jukebox musical; make its Broadway debut amassing fifteen Tony Award nominations and two wins; and score a Grammy Award for Best Musical Theater Album?

The musical’s success can only be explained by the profundity of the music by Morissette and Glen Ballard, and the genius writing of Diablo Cody (Academy Award-winner of Best Original Screenplay for Juno). The universal and timeless themes that Morissette plumbs through her lyrics are perhaps more resonant now then ever in a post-pandemic, yet still relentlessly stressful environment: mental health, female empowerment, sexuality and identification, relationships and the need for wellness. They are all brought to life through the Healy family. Mary Jane Healy (Heidi Blickenstaff), a perfectionist mother concerned with her family’s image, celebrates her son’s acceptance into Harvard, while facing a marriage crisis as well as a challenging relationship with her adopted teenage daughter, Frankie who in turn is also struggling to be loved and accepted by her family and friends.

“(Jagged Little Edge) is stirring and poignant, acted with skill and commitment by the cast, and the music, a sturdy buttress.”

Such a production could easily slide into a flimsy accommodation to showcase songs already made popular by Morisette, simply an opportunity to enjoy live performances with the accompanying story being peripheral, but Jagged Little Pill, is anything but such an excuse. It manages to do much more. The narrative of the Healy family is stirring and poignant, acted with skill and commitment by the cast, and the music, a sturdy buttress. In the first act, Ironic, adapted to a classroom discussion and performed by Frankie (Lauren Chanel) and her boyfriend Phoenix (Rishi Golani) brought the crowd to stitches. In the second act, You Oughta Know performed by Frankie’s lesbian girlfriend Jo (Jade McLeod) spurred the audience to a well-deserved standing ovation.

To crown the night, Alanis and Diablo made a surprise appearance to congratulate the actors and celebrate with the audience who could be heard humming the tunes on their way home.