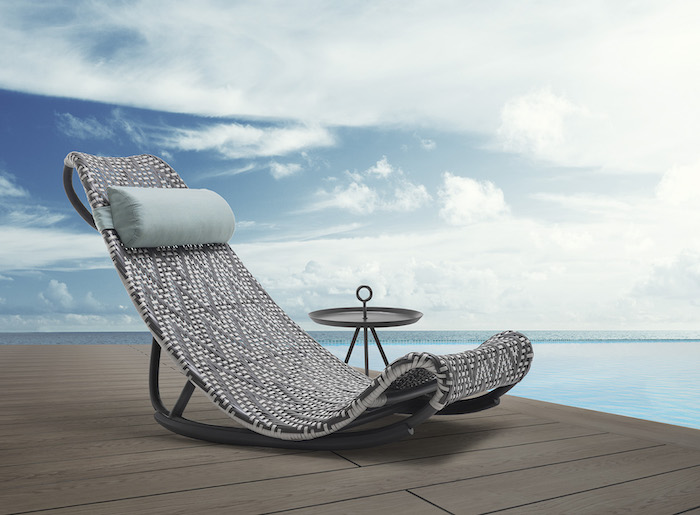 IT’S NOT ABOUT ME: A Retrospective By Greg Gorman (teNeues) This hefty 400-page headturner of the legendary photographer’s retrospective spans a half century and features dazzling celebrity photographs and even posters of memorable Hollywood movies. Captured within are the likes of Elton John, Grace Jones, Brando, Pacino, Sharon Stone, Elizabeth Taylor, name it…and all in the stunning, elegant, and classic Hollywood style that is unmistakably Gorman. $95 www.teneues.com

Bill Cunningham Was There by John Kurdewan & Steven Stolman (Rizzoli) The quintessential chronicler of fashion and society, Cunningham captured indelible moments full of color, style and joie de vivre at parties and events over the span of decades. Kurdewan, his right-hand man, professionally and personally, for more than a decade delivers an exuberant recognition of his work and a more carefree, glamorous time. $40 www.amazon.com

MONA KUHN: WORKS (Thames & Hudson) Kuhn’s career has spanned more than two decades, and she is widely regarded as one of the most respected and widely exhibited contemporary art photographers. Her work is underpinned by the belief in humanity’s deep longing for a spiritual connection and solidarity, and in this first retrospective of her work, we are given an intimate glimpse into those ethereal images, supported by insightful essays. $60 www.amazon.com

THE PROPHETS By Robert Jones Jr. (G.P. Putnam’s Sons) The forbidden union between two enslaved young men, Isaiah and Samuel, on a Deep South plantation is the basis for this stellar debut work of fiction reminiscent of Toni Morrison. More than a gripping gay love story, this is probe into the inhumanity of slavery, and the destruction it wreaked upon not just the antebellum South, but the soul of America. $27

KLARA AND THE SUN By Kazuo Ishiguro (Knopf) Nobel laureate Kazuo Ishiguro returns in top form after he was awarded the prestigious prize with this dystopian novel about solar-powered robot, Klara, designed to provide companionship to humans, in this case a fragile teenager called Josie. Ishiguro is the type of writer who transcends tastes and genres because his stories are so resonant, his latest being no different. Sometimes it takes a robot to make us question what it means to be human. $28

THE INVENTION OF MEDICINE From Homer to Hippocrates By Robin Lane Fox (Basic Books) Travel more than two millennia back in time with Fox, an emeritus fellow at New College, Oxford, who explores the invention of medicine through the poems of Homer to some of the first doctors in the classical world, and leading to the inheritors of their invaluable knowledge, the Arabs, and then Europe. Delightfully accessible, this isn’t just requisite reading for those interested in medicine, but also a thrilling journey for lovers of history, philosophy, and the story of human progress. $35

TAROT: The Library of Esoterica By Jessica Hundley, Johannes Fiebig (taschen) The debut volume in TASCHEN’s “Library of Esoterica” series, Tarot is the first ever visual compendium of its kind exploring the symbolic meaning behind more than 500 cards and works of original art (an excellent catalogue to build your collection), two thirds of which have never been published outside of the decks themselves. $40 www.taschen.com

THE ISMAILI IMAMS: A Biographical History By Farhad Daftary (I.B. Tauris) You may know little about the Ismailis except for Marco Polo’s fanciful stories (which branded them as the “Assassins,”) and perhaps even less about their enigmatic chain of 49 leaders who directly descended from the Prophet Muhammad and bring us to the dynamic Aga Khan today; this collection of astute and richly illustrated biographies will elucidate on their cultural and philanthropic largess, and how their spiritual and secular guidance helped this ostensibly discreet Shia Muslim community to flourish in more than 25 countries around the world. It may even change your perceptions of Islam for the better. $62

THE GARDEN By Leanne Shapton, Erik Madigan Heck (Damiani) As much an intimate family album featuring Heck’s wife and two young sons at their home in New England as a moody and spiritual meditation drawing upon Catholic iconography and mythical pictorial traditions. There is something dreamy and surreal about Heck’s photography, involving deep colors, textures and framing that begs the eyes to linger, perceive, interpret. $86

THE CROWN Season Four By Martin Phipps (Music on Vinyl) Beautiful to look at and to listen to. In the fourth season of the successful series focusing on Diana and Thatcher, Phipps does a seamless job of continuing the musical motifs of the previous season while also introducing something new while keeping the tone melodious, but regally restrained. The score keeps a consistent mood, allowing for that no-skipping listening pleasure. Presented on a beautiful 180 gram “royal” purple marbled vinyl of 750 individually numbered copies. Snatch this one before it’s gone! Includes a 4-page booklet. About $40

DONNA SUMMER Bad Girls (Vinyl Me, Please Exclusive Pressing) This reissue of the legendary album is the first US vinyl reissue in over 35 years and was pressed from (AAA) Lacquers Cut from the original analog tapes by Ryan Smith at Sterling Sound. Features disco-defining hits like Hot Stuff, and Bad Girls, and presented in 2 “sunset galaxy” colored vinyl. $35 www.vinylmeplease.com

BLEU LAVANDE Bath Milk, Cleansing Shower Milk Duo We all need to release stress, and what better way than to immerse yourself in some calming lavender? 99.5% natural origin ingredients, vegan, and both gluten and cruelty-free, this duo of hydrating cleansing shower milk and milk bath will transport you to idyllic lavender fields whether you’re in for a quick shower or a bath worthy of Cleopatra. $29 www.bleulavande.com

HAIR GROWTH SOLUTION By Dr Kia A potent remedy by Board-Certified physician, Dr. Kia Shakib, who specializes in the treatment of non-surgical cosmetic procedures, skin disorders and allergic diseases. The proprietary blend includes minoxidil and finasteride to regrow hair and make it thicker, and calming aloe vera to prevents the scalp irritation commonly associated with such therapies. A dropper a day and watch the bald patches go away. Price available upon request. www.allergyskinspa.com

PAUSE well-aging Fascia Stimulating Tool Imagine if you could do away with the injectables and plumpers and only use a simple manual tool to improve elasticity, minimize sagging, and enhance skin health! Meet Pause, the first skincare line designed specifically to meet the needs of women 45+ This portable FDA-cleared class 1 medical device requires nothing more than some manual facial massaging to boost collagen and elastin production as well as improve blood flow for healthier tissue quality. $115 www.pausewellaging.com

KENNETH COBONPUE Zoe Chaise Lounge Whether you’re in the living room, by the pool, or on the shore, Zoey’s tilted backrest is an experience of finding the angle that’s ideal for your well-deserved rest with style to boot. Cobonpue, a Filipino industrial designer, is famous for his unique designs integrating natural materials through innovative handmade production processes. About $2,500 http://www.kennethcobonpue.com