Actor, Tim Lounibos, who has been seen on such shows as NCIS, Criminal Minds, Hawaii Five-0, and most recently, Amazon’s Bosch, opens up to us about what it’s like to be an Asian American actor nowadays and what Hollywood might be getting wrong…and right. 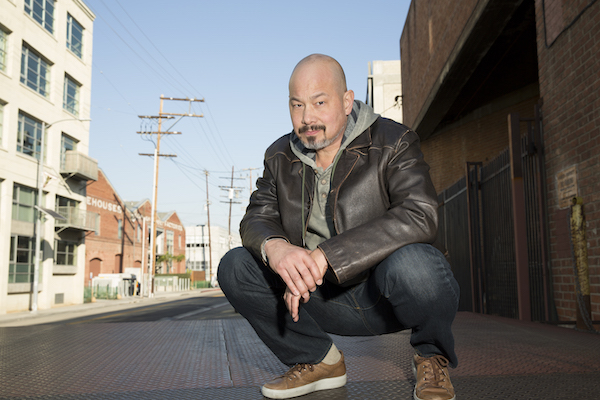 INDULGE: You were among a select group of Asian American actors ushered in as promising next “stars” — tell us about this time in your career.

TIM: It was an extremely exciting time! Being an Asian American actor, though is not just about being the best actor that you can be and achieving success. There’s also a community and media-portrayal component that comes into play; so from the beginning, I wanted to show the world another aspect of what it was to be an Asian American male. I grew up always being a leader, was one of the best athletes, and took charge of most situations, even though my family and friends and teammates were predominantly white. It didn’t matter that I was Asian. Yet on film and TV, I didn’t see anyone like me; so it became part of my personal and professional mission to stay true to myself and give casting directors, producers, directors, etc. a different perspective of what it was to be an Asian American, refusing anything that was stereotypical, exploitative, etc. Did this cause me to lose a lot of work? Sure, but I was able to wake up and be comfortable with whom I was looking at in the mirror.

INDULGE: Despite the buzz and hype, due to a lack of roles, you were forced to take a hiatus from acting, which is a situation so many actors face. Did the system win due to a lack of visibility for Asian Americans and overall diversity?

TIM: I did what I needed to do for my family. Ironically, I went on a seven-year hiatus because I reached a “tweener” stage (either too old or too young-looking for roles). Yes, if there were more opportunities, maybe I wouldn’t have had to leave in order to make a living; but, does that mean the system won? I don’t think like that and don’t think the system thinks like that. It’s about making money and being risk-averse. Back in the 90s, a number of us kept clamoring that if the product on the screen reflected the audience, the potential pool of viewers and ticket-buyers would expand dramatically, increasing ratings and sales…but to no avail. It wasn’t until streaming content and services came along that the business model had to change, because now they did begin to lose $$ and that’s the only loss that matters in this town. The system is finally figuring out that diversity and inclusion is a necessity…which makes it a win-win for all.

INDULGE: You have emerged as an important voice for Asian Americans in Hollywood — any reservations about “biting the hand that feeds you?”

TIM: None at all. Because I don’t bite. I tend to be the type to work within the system to enact change. I will always offer or give my opinion to help better situations and create change constructively; and I truly feel that we all have a vital place in front of and behind the camera and that, as long as there is entertaining quality to programming, more people will want to watch characters on the screen that reflect the ones they see around them every day. Not only do they want it but will demand it through their viewing actions. There is so much content out there – so many options – that they will simply change the channel or let others know it’s not worth buying a ticket. Asian Americans – a full unlimited spectrum of who we represent – are a very important part of that equation.

INDULGE: We are excited about the killer new season of “BOSCH” from Amazon. Tell us what we can look forward to.

TIM: Most definitely “killer” on a number of levels (and I was a fan before joining the cast). There are two storylines going on this upcoming season which is based on Michael Connelly’s Two Kinds of Truth. For the first time, we see Bosch go undercover and he’s got no way of contacting anyone—no cell, no wire, no nothin’. He’s going deep to solve a murder that involves a dangerous opioid ring. In the other one, I play investigator Ed Sung who works for the brand new Conviction Integrity Unit (CIU) department. My partner, Christina Henry (Bianca Kajlich), and I are investigating a previous conviction by Bosch due to a red flag. As usual, there’s a lot going on and this just might be the best season, yet. On a side note, it’s my absolute favorite police procedural bar none.

INDULGE: What is Hollywood still getting wrong about Asian Americans and what are they getting right?

TIM: For me, #1 is that Hollywood has become hyper-sensitive to the ethnic background of an Asian American actor. Granted, sometimes it’s valid, but it’s being taken to such an extreme. Is he Japanese? Is he Korean? Is he Chinese? There are also non-Asian casting decision-makers who will state with authority what an Asian American would do or not do. For example, a Korean or Chinese American person could never marry a Japanese American person because of the warring history in those countries. I can’t tell you how idiotic that sounds to an Asian American person. I’m married to a Japanese American woman who can’t speak a lick of Japanese because she’s third generation American. If this type of scrutiny was paid to other actors for their roles, I’m certain a number of A-list celebrities and their agents would be up in arms. Meryl Streep’s career would have been significantly hampered if she were not allowed to act in so many of the roles that we have found immensely impressive because she marvelously took on the accents, the mannerisms, the history of so many characters from different ethnic backgrounds. Also, I’m worried that the success of Crazy Rich Asians, and Fresh Off The Boat will cause only those type of stories to be greenlit when centering around Asian & Asian American characters. It’s about seeing a full spectrum of our experiences. What is Hollywood getting right? Being more open to casting Asian American actors in roles that aren’t Asian-specific. Twice, now — Criminal Minds and Hawaii Five-0 – I’ve had scenes where I was talking to another Asian American male actor, and we weren’t related, we weren’t friends. We just found ourselves in a situation that we both happened to be involved in. The major thing that Hollywood is getting right is having more Asian Americans working behind the camera as writers, directors, producers, etc. That is a very good thing.