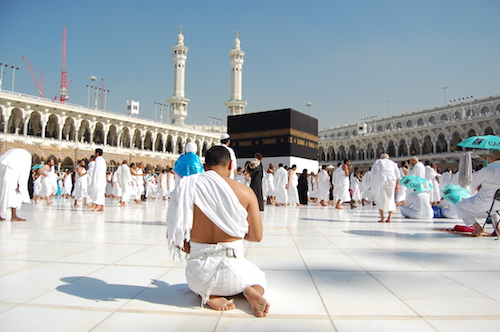 Parvez Sharma - A Sinner in Mecca

What is the Islam Trilogy?

The Islam Trilogy is my contribution to history which actually began three months after September 11, 2001, when I started filming, A Jihad for Love, the  worlds first film on Islam and homosexuality. In 2011, just months after I reported the Arab Spring extensively and bin Laden’s death I decided to go on Hajj. This would be my Hajj of defiance—and if found out I faced certain beheading. But as a filmmaker I knew this would be the greatest journey of my life and there was no way I would not film it. It was historic, you are not permitted to film in Mecca according to Wahhabi theology (even though short youtube videos proliferate) but I did. Many shut their doors on me. Many foundations who had embraced Jihad were too afraid of this. In any case a three year struggle ensued and we had another world first— A Sinner in Mecca, a film in Mecca and Medina shot entirely on an iPhone. Then I began writing the book that would say everything the film was not able to. That became A Sinner in Mecca: A Gay Muslim’s Hajj of Defiance. Thus the trilogy which represents almost two decades of hard earned work ends as I had always planned it.

What does the book do that’s different from your films?

If you think contemporary Islam has a few problems, the book has some real solutions—built from years of getting my hands dirty in the trenches of my faith, with the shadow of hate in the form of fatwas or death threats constantly hanging over my head. From Obama to Osama, from Trump to ISIS to the evils of the Saudi monarchy and the (Wahhabi) havoc they have caused in all Islam—this book connects dots. In the book I meet everyone from extremists to explorers of the spiritual kind and the world they open up is frightening, yet breathtaking.

You’ve received tremendous acclaim. “Written by a man with a deep knowledge of Islamic history with courage & fierce emotion” is what The Guardian says about your book. But we’re sure there has also been controversy…

Of course there has been…fatwas, hate mail and death threats have haunted me but I no longer let them bother me. There is hate mail almost every day.  At last count, since the book went up on Amazon there have been 343 death threats, hate mail, whatever you want to call it.