Men Without Women: Stories by Haruki Murakami (Knopf) Murakami delivers a collection of seven stories focused on the loneliness of men in this slim but captivating book. Witty and wry, romantic and poignant, this is a must-have for their author’s fans and, if you’re one of the few unacquainted with his work, a great introduction.  Amazon.

The Islamic Jesus: How the King of the Jews Became a Prophet of the Muslims by Mustafa Akyol (St. Martin’s Press) Monotheistic faiths are connected and share some of the same iconic characters, yet it may surprise many to know how much Jesus, known as Issa, is revered in the Muslim faith and the commonality with Jewish tradition. In an age when interfaith dialogue is more critical than ever, this is a important book that enlightens and invites dialogue. Amazon.

The Ministry of Utmost Happiness by Arundhati Roy (Knopf) After a long wait, the Booker Prize-winning author returns with a dazzling cast of characters scattered across Delhi and the mountains of Kashmir. The epic novel, about damaged yet unforgettable heroes like the Hijra, Anjum, is set against a backdrop of wrenching cultural, religious and political upheaval. Well worth the wait. Amazon.

The Chaos of Empire: The British Raj and the Conquest of India by Jon Wilson (PublicAffairs) Yes, they brought infrastructure and modernity, but the history of the British in India is ultimately one of stark exploitation and racism, captured comprehensively in this tome. Facts override long held altruistic mythologies in this much needed revisionist exploration. Amazon.

Ernest Hemingway: A Biography by Mary V. Dearborn (Knopf) Exhaustively researched and authoritative, this is the ultimate tribute to the passionate and turbulent life of a literary giant. Sprawling and painstakingly detailed, the hefty book leaves no stone unturned from Hemingway’s demons to his romances, and includes many cameos from other notable characters like T.S. Elliot and Fitzgerald. Amazon. 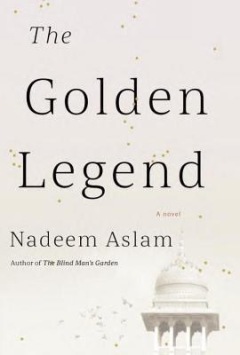 The Golden Legend by Nadeem Aslam (Knopf) Aslam’s always given readers his breathtakingly beautiful prose in works like Maps for Lost Lovers and The Wasted Vigil. In his latest novel, he once again gives us a novel of exceptional beauty and poignancy set in contemporary Pakistan where Nargis, a Muslim widow, is trapped in the chaos of religious intolerance. Amazon.