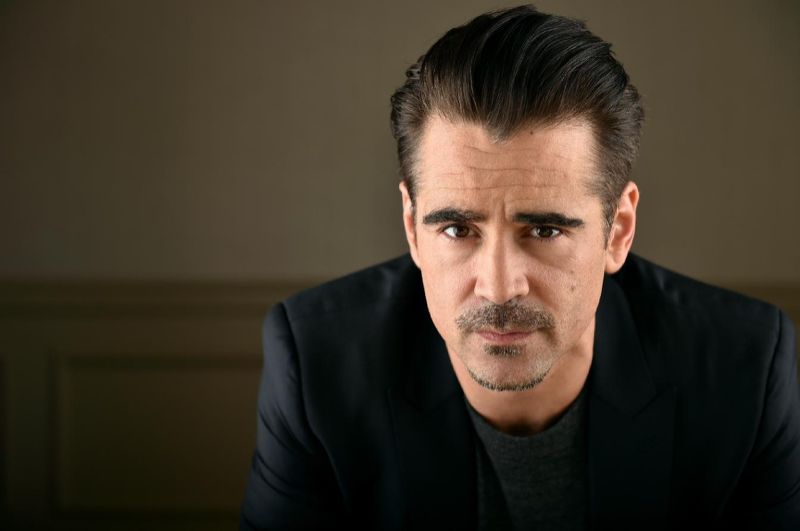 Academy Award nominated filmmaker, Yorgos Lanthimos’ first English language movie about codependency in relationships may just be the most unique, eccentric and funny film you’ll see this year. The Lobster takes us to a parallel world where people who are single get sent to an institution called The Hotel where, if they fail to couple with someone, they get turned into their favorite animal. We caught up with lead actor, Colin Farrell who gives a delightful performance in this satire meets fable movie to discuss the shoot and the actor’s process.

“In the first scene, when we meet David,” says Farrell of his character, “he’s being dumped by his wife, so subsequently my guy’s suffering a very acute sense of loneliness.” Through his character, the audience is taken to three different worlds – the City, where couples live blissfully, the Hotel, where they tackle their last chance, and finally the Forest, where a gang of rebels known as The Loners have created an equally hellish polarity and eschew romantic intimacy.

“The ones that question the system are those that live out in the forest and have dedicated their lives to being everything that The Hotel isn’t,” he elaborates. “So they’ve dedicated their lives to being, as they call themselves, Loners. They listen to music, they dance, but they dance to whatever’s in their own headset so that they’re not dancing with another person. If somebody’s in trouble they won’t help them out, you’re not allowed to flirt with anyone else, there’s no getting together, there’s no coupling or any sort.” Indeed some of the funniest moments in the movie come, for example, when the band is enthusiastically grooving away in the thicket, each dancing to his own tune and when David and his romantic interest, Short Sighted Woman (Rachel Weisz) invent a whole new way to communicate to overcome the restrictions.

The movie ultimately demonstrates that extremes in any belief create the very oppression they were meant to combat. “You’d think to leave the kind of heavily indoctrinated system of The Hotel and go into the forest would mean freedom from all the rules and structure of The Hotel,” says Farrell. “You realize that any kind of dominating structure, any kind of hard and fast rule that is imposed upon any human being exposes itself as unnatural at some stage. What is more, the world of The Loners is equally if not more brutal than the world of The Hotel.”

The movie cast lots of non-professional actors which in itself creates a fresh and authentic mood, something that Farrell enjoyed immensely. “Sometimes the more acting you do the more habituated certain behaviors become, and you rely on certain tics and character traits. And so if anything, I think you’re trying to return to a state of grace – which is a lack of the awareness you may have acquired through the years of experience, and you’re trying just to let go. We are awkward as human beings. We stutter, we hesitate, we cut off mid thought…So with that in mind, working with the lads and lasses that came in was cool, it was easy – there was no dividing one between the experienced and the non-experienced.”

And this wasn’t the only aspect of the shoot that defied standard practice since Writer/Director, Yorgos Lanthimos brought a fast paced, indie attitude to the process. The film couldn’t afford the luxury of lengthy rehearsals, which proved advantageous rather than a drawback. “Everything about this process was unconventional,” Farrell says. “The coverage was unconventional and the team moved fast, which was great.”

As for preparing for the role of David, which is so against type for Farrell (wait until you see him shed his clothes), he says, “It’s so not about any of those usual conventional questions and conventional processes that you go through as an actor. It’s really just ‘do as little as possible’ because the words and the structure of the scenes and the inter-dynamics of the characters are so particular that they just need to be preserved by not having an actor come in with all their opinions and theories. It’s been a really interesting exercise in restraint and trusting the material.”